Home»Nautical and Marine Stock Photography»Unique stock travel photography from around the world»Lisbon, Portugal

Lisbon Portuguese: Lisboa, is the capital city and largest city of Portugal with a population of 547,631 within its administrative limits[2] on a land area of 84.8 km2 (33 sq mi). The urban area of Lisbon extends beyond the administrative city limits with a population of over 3 million[3] on an area of 958 km2 (370 sq mi),[3] making it the 9th most populous urban area in the European Union. About 2,831,000[4][5] people live in the Lisbon Metropolitan Area (which represents approximately 27% of the population of the country). Lisbon is the westernmost large city located in Europe, as well as its westernmost capital city and the only one along the Atlantic coast. It lies in the western Iberian Peninsula on the Atlantic Ocean and the Tagus River.
Lisbon is recognised as a global city because of its importance in finance, commerce, media, entertainment, arts, international trade, education, and tourism.[6][7] It is one of the major economic centres on the continent, with a growing financial sector and the largest/second largest container port on Europe's Atlantic coast.[8] Lisbon Portela Airport serves about 13 million passengers per year; the motorway network and the high-speed rail system of (Alfa Pendular) link the main cities of Portugal.[9] Lisbon is the 23rd most livable city in the World according to lifestyle magazine Monocle.[10] The city is the seventh-most-visited city in Southern Europe, after Istanbul, Rome, Barcelona, Madrid, Athens, and Milan, with 1,740,000 tourists in 2009.[11] The Lisbon region is the wealthiest region in Portugal, GDP PPP per capita is 26,100 euros (4.7% higher than the average European Union's GDP PPP per capita). It is the tenth richest metropolitan area by GDP on the continent amounting to 110 billion euros and thus €39,375 per capita, [12] 40% higher than the average European Union's GDP per capita. The city occupies 32nd place of highest gross earnings in the world.[13] Most of the headquarters of multinationals in the country are located in the Lisbon area and it is the ninth city in the world in terms of quantity of international conferences.[14] It is also the political centre of the country, as seat of Government and residence of the Head of State. The seat of the district of Lisbon and the centre of the Lisbon region.
Lisbon is one of the oldest cities in the world, and the oldest city in Western Europe, predating other modern European capitals such as London, Paris and Rome by hundreds of years. Julius Caesar made it a municipium called Felicitas Julia, adding to the name Olissipo. Ruled by a series of Germanic tribes from the fifth century, it was captured by the Moors in the eighth century. In 1147, the Crusaders under Afonso Henriques reconquered the city and since then it has been a major political, economic, and cultural centre of Portugal. Unlike most capital cities, Lisbon's status as the capital of Portugal has never been granted or confirmed officially – by statute or in written form. Its position as the capital has formed through constitutional convention, making its position as de facto capital a part of the Constitution of Portugal.
Lisbon hosts two agencies of the European Union: the European Monitoring Centre for Drugs and Drug Addiction (EMCDDA) and the European Maritime Safety Agency (EMSA). Called the "Capital of the Lusophone world", the Community of Portuguese Language Countries has its headquarters in the city, in the Palace of the Counts of Penafiel.
Lisbon has two sites listed by UNESCO as a World Heritage Site: Belém Tower and Jerónimos Monastery. Furthermore, in 1994, Lisbon was the European Capital of Culture and in 1998 organised an Expo '98 (1998 Lisbon World Exposition).
Lisbon enjoys a Mediterranean climate. Among all the metropolises in Europe, it has the warmest winters, with average temperatures 15 °C (59 °F) during the day and 8 °C (46 °F) at night from December to February. The typical summer's season lasts about six months, from May to October, although also in November, March and April temperatures sometimes reach around 20 °C (68.0 °F).
©Paul Todd/OUTSIDEIMAGES.COM OUTSIDE IMAGES PHOTO AGENCY
Categories & Keywords
Category:
Subcategory:
Subcategory Detail:
Keywords:2011-12, 2012, Europe, Lisbon, Portugal, Travel, Volvo Ocean Race, alfama, ancient, antique, architecture, building, capital, city, cityscape, clisbon, culture, downtown, european, famous, historic, historical, history, houses, landmark, landscape, lisboa, old, panorama, portuguese, river, stone, style, tagus, tourism, town, traditional, urban, view, vintage
© WWW.OUTSIDEIMAGES.COM 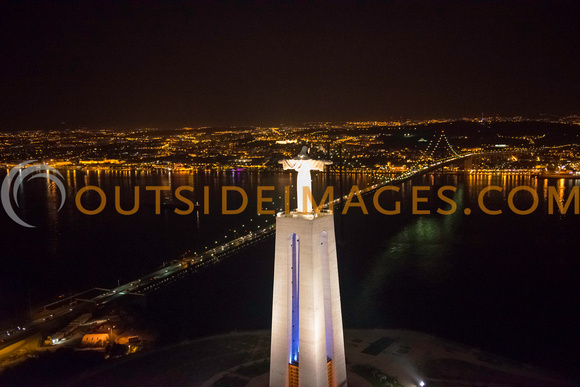